Operating models – what’s the best way to run a hotel?

At a hotel session panel on 19 September 2019 hosted by Howard Kennedy, one of the major hotel law firms, there were some eye-opening views about the way hotels do and should operate and some wide-ranging opinions.

To quote one of the panel, “the consumerisation of life has led to the deconstruction and reconstruction of the hotel business.” There have been dramatic changes in consumer preferences and what they expect from a hotel. Historically consumers have favoured a brand for the safety and familiarity it provides; however, consumers now want an immersive experience that engages with its local surroundings. 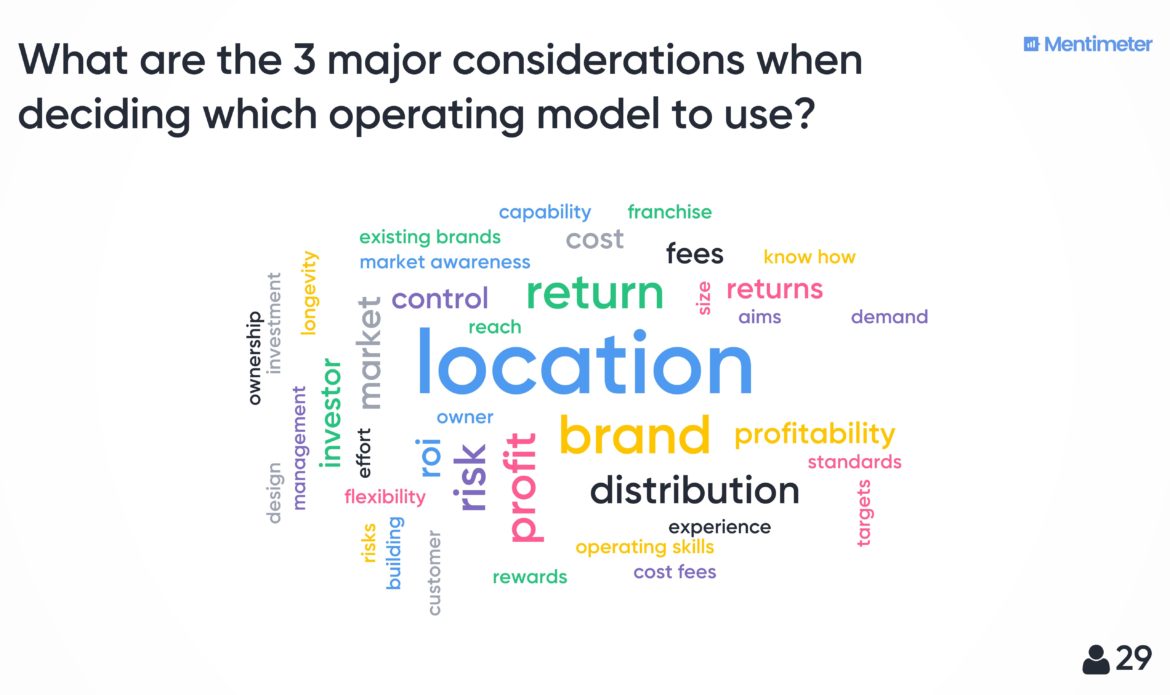 The behemoths of the hotel industry have adapted to this shift by wrapping collection brands around idiosyncratic brands. IHG, for example, has rolled out its ‘Voco’ conversion brand, which has a more relaxed set of brand standards and creates localised hotels bespoke to each location. Likewise, its ‘Indigo’ brand which provides hotels in unique properties, designed to appeal to millennials. But consumers only express what they want when they are offered it – it is still down to the (mostly smaller) owner-operators to drive innovation which the brands then try to emulate.

As innovative companies grow however, they may adopt some of the characteristics of more established brands and, in doing so, will become less flexible.

The panel suggested that “hotel” is now too narrow a term – aparthotels, serviced apartments, long-and-short stay residential and co-living buildings evidence a real blurring of the space. Airbnb is no longer considered a disruptor business; it is a mainstream letting agent and established competitor on the hotel scene.

Consider also the rise of the “student hotel” in continental Europe which provides students with accommodation during term time and then becomes a hotel for the rest of the year. This is an example of re-configuring the building to ensure that it is used to its maximum potential, which ultimately leads to greater profitability. 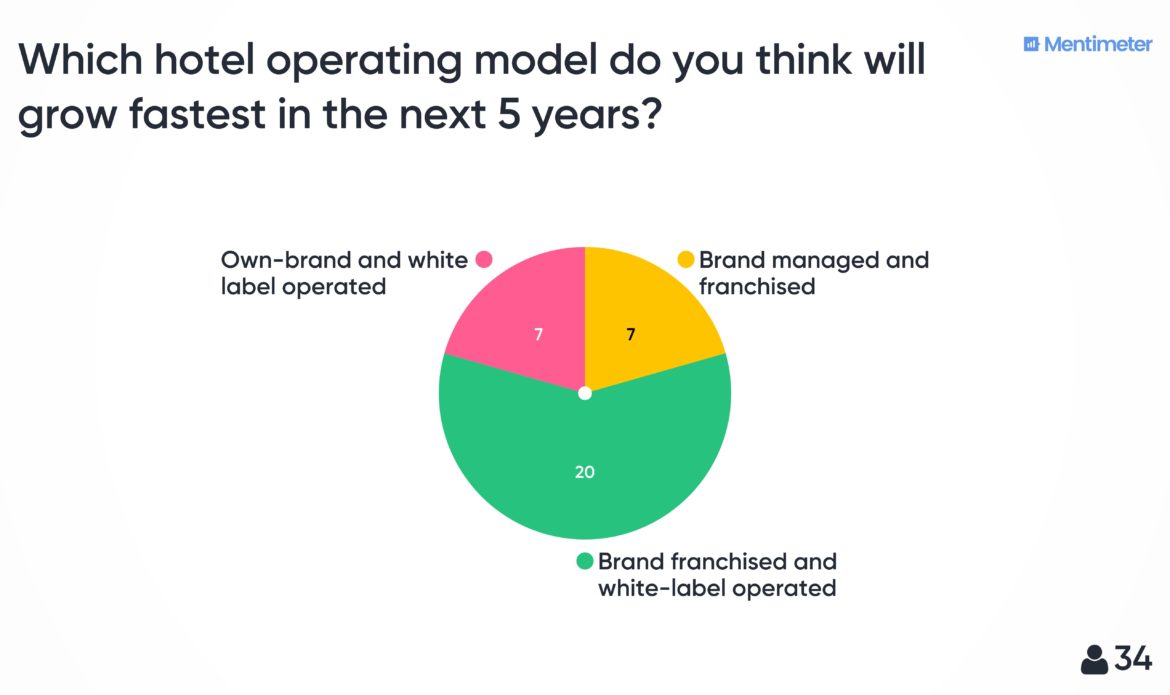 Distribution within the hotel sector is becoming more dependent on third party agents.  Rooms are now being marketed more like consumer goods through the online booking agents in a similar way to consumer products on sites like Amazon.

That brings with it its own problems. Despite a Competition and Markets Authority investigation which in February 2019, resulted in a formal commitment from booking agents not to engage in certain practices which may mislead consumers, the Consumers Association publication, Which? reported in September 2019 that:

“During our spot checks of all six sites, we found that five out of 10 of Booking.com’s ‘only X room left on our site’ claims failed to give an accurate picture of availability.” 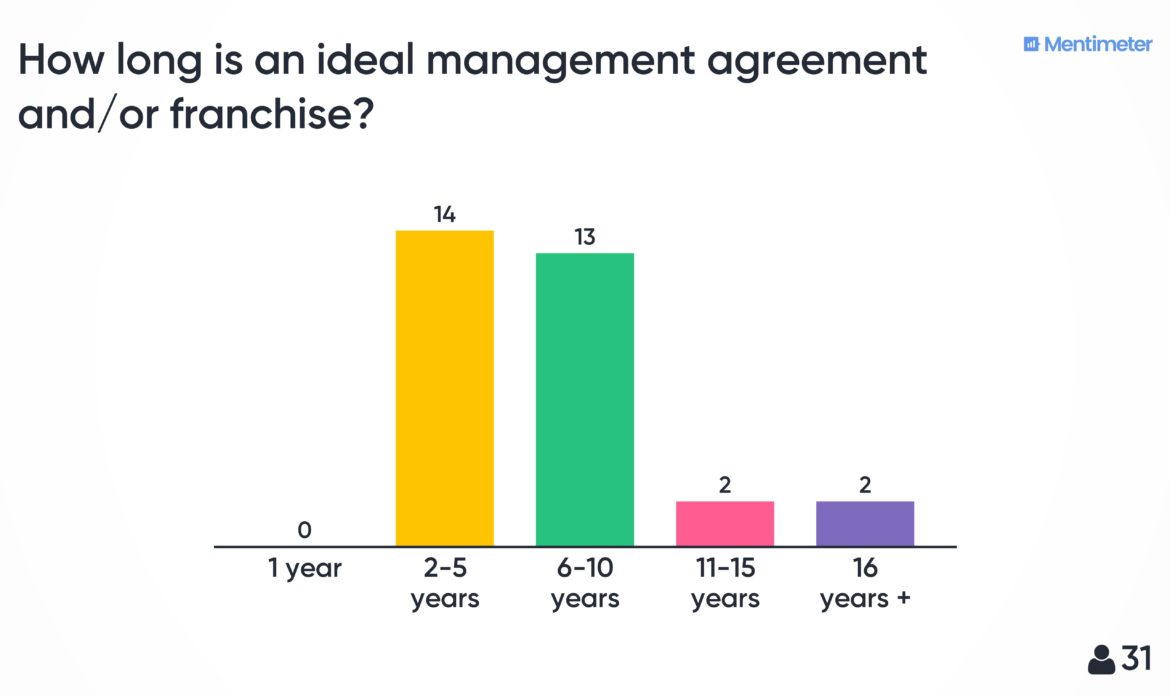 This is probably because hotels, which are these days largely operational real estate rather than leased on fixed rents, are a very different animal from offices or retail spaces. And the hotel industry is not just doing well because the other sectors are struggling. Instead, investors are finally recognising the virtues of the sector.

The hotel sector is incredibly profitable when done properly; for example, “lifestyle” hotels in London are able to sell a 15 m2 room for £450 a night which the guest will only have for 15 hours. That offers returns very few other types of real estate investment can compete with.

As with any investment, the more risky the opportunity, the higher potential rewards, so the star of a trendy hotel might shine brightly, but might need a regular refresh to keep glowing.

What did the attendees think?

The morning was rounded off by some interactive polling which asked the attendees for their views, the outcome of these can be viewed below.

How BIDs are supporting the industry through the coronavirus