ADVERTISE
No Result
View All Result

No Result
View All Result
Home Features The Project

The Project: The Headland Hotel, Cornwall

We interview John Armstrong, co-owner of The Headland in Newquay, Cornwall, about the latest additions and refurbishments to the five-star hotel

by Alessandro Carrara
in The Project
5 min read

Work is well underway on The Headland’s latest development – The Aqua Club. A new multi-million pound leisure complex, it will contain five pools, a sun terrace with ocean views and a Mediterranean-inspired restaurant named The Deck.

Due to open in spring 2020, it marks the completion of a further phase in an ambitious programme of development at The Headland. Hotel Owner interviews John Armstrong, co-owner of the five star The Headland in Newquay, Cornwall, about the project.

Over the last 40 years, we’ve extended our offer to include a 95-bedroomed hotel, a village of luxury self-catering cottages, two AA rosette-awarded restaurants, a spa, and a surf school.

Initially, we were looking to upgrade our spa facilities, which has seen some pressure on its facilities as we’ve increased capacity. However, our brilliant architect suggested that we go for a grand design which takes us into the next decade and beyond.

Some rooms directly overlooking the site have been closed or offered at reduced rates. Our contractor has been phenomenal in causing as little disruption as possible.

The Aqua Club has been designed to provide five star leisure facilities suitable for holiday-makers and the local community. Three pools have been created inside the Aqua Club; a 25 metre training pool, an adjoining hydrotherapy pool, and a children’s pool.

Outside, a heated infinity pool will enable visitors to immerse themselves in the beautiful surroundings and relax while taking in stunning Atlantic views. A further ‘vitality’ pool will provide a place to release the stresses and strains of everyday life.

Situated between the indoor and outdoor areas will be The Deck, a new café and restaurant where visitors can come for a bite to eat to recharge after a swimming session, or an evening meal.

Half of the building’s volume is underground, with the equivalent of 3.5 Olympic-sized swimming pools having been excavated at groundworks stage. By the time The Aqua Club is finished, more than 400 tonnes of Cornish stone will have been used in its construction.

There are further plans to provide an underground car park to facilitate the increased number of visitors expected at the new development.

The hotel itself is constantly undergoing refurbishment. We refurbish at least ten rooms every year and have also taken the opportunity to add hot tubs to a few of our cottages.

Lilly Lewarne from Truro designed the building. JE Stacey of Holsworthy, Devon is the building contractor and SCB Groundworks of Redruth completed the substructures and enabling work.

The whole hotel has had significant investment over the years. When you have a privately-owned hotel, you make decisions which are not always about the bottom line. We do things because we think our guests will like it and because our team will appreciate it.

We do watch the costs, we have to make a profit, but that profit allows us to reinvest as we have done over many years. I think that is what puts The Headland in a class of its own.

Prior to planning, we invited Newquay residents to come and have a look at the plans for The Aqua Club, opening up a showroom in the hotel for a week’s public consultation.

Many people came in wondering how the development would affect the local landscape. The Headland is an iconic building overlooking Fistral Beach and the local community is very protective of the area and concerned about excessive development. Every single person went out happy with the plans and there were no objections which was a feather in the cap for the architect, who did a wonderful job. 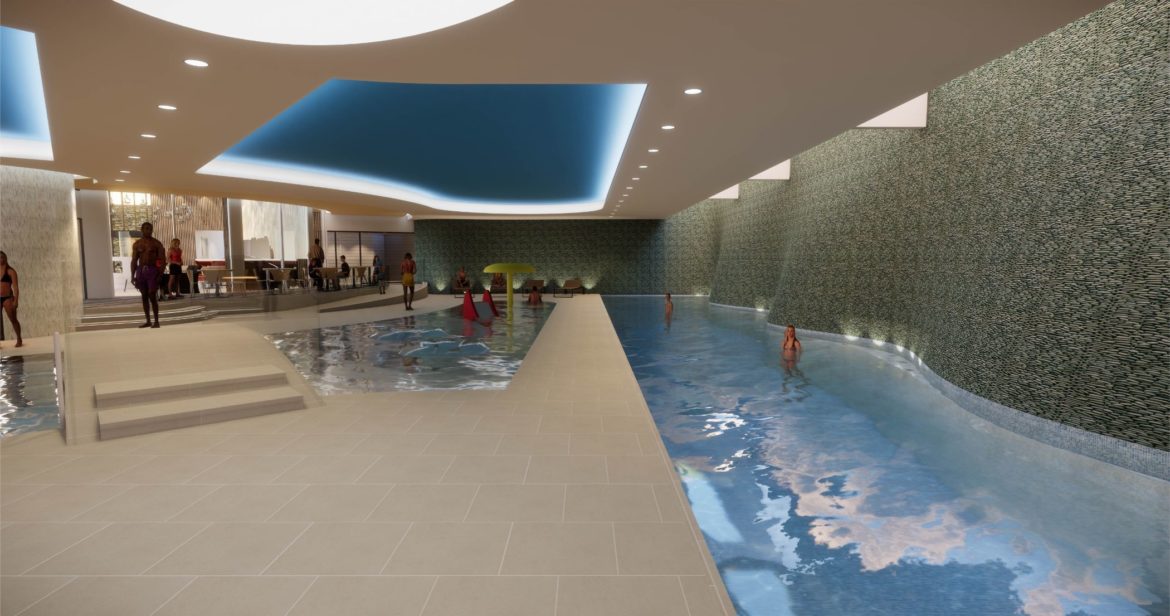 We never stand still and are constantly striving to improve. When we bought the hotel 40 years ago, it was very run down and uncared for. The leaks from the roof over the fourth floor had soaked everything through to the second floor. The boilers had been installed during World War One and were converted to run on heavy ships’ oil in 1932. The rear goods lift had been converted to electricity in 1923 and was still running, just by the skin of its teeth.

No piping from before 1979 remains, and probably not one electric circuit; the whole place has been re-plumbed and re-wired. We’ve had a new roof, and we’ve entirely replaced pebble-dash on the outside. Every inch of this building has had a work-over and some of the rooms have been re-modelled three or four times over 40 years.

The hotel continues to go from strength to strength. We have a number of guests who return year after year, and we have grandparents who came to the hotel as children and now bring their children and their grandchildren. The Headland seems to have a place in the heart of generations of families.

Of course, each generation has different expectations, and so continuous improvement of our facilities and what we offer is essential. The Aqua Club is a great example of this. It has something for everyone and moves The Headland away from being a hotel only, to a destination and luxury family resort with its own unique quality.

We have been very involved in the build and design of The Aqua Club and The Deck. My wife, Carolyn has overseen the interior design, as she does across the hotel. We continue to look forward and I think she would agree, we wouldn’t want to go back to the fire-fighting days of when we first took over The Headland.

The Aqua Club is fully accessible with level access from the car park, automatic entrance doors, ramped access, disabled changing facilities, and WC. A hoist will also be available to help people with disabilities get in and out of the pools.

We were thrilled to receive double five stars, from the AA and Quality in Tourism. It is something we have aspired to since we first bought the hotel and shows that with a lot of hard work and determination, it can be achieved.

In the early days, an Australian general manager, who had been travelling around the world, stood outside the hotel with us and said: “This is world-class. You have a world-class position here.”

At the time, that seemed an almost impossible vision, but he was right, and with the support of our incredible staff and suppliers we have been striving to make it world-class ever since.

The quaint and quirky hotels of Britain

The risks and benefits of outsourced staff

by Alessandro Carrara
Prev Next
No Result
View All Result

Asos bounces back from tricky period

The trillion-dollar club has gained Google as a member

All hail Trump for his damp squib trade deal with China

LGH Hotels takes off with Zonal

Prev Next
No Result
View All Result